“…by telling our stories and listening to the stories of others, we let out who we are and find ourselves in each other, and find that we are more together than alone.”

I like the connection building implied in this statement.  So rather than writing to you as an expert or academic (of which I am neither) I speak to you as a sister – sharing my personal experience as an embodied woman who bleeds every month and weave into that the transpersonal insights that have arisen through my current life work on the Eco Femme project that takes menstruation as a focus.

Consider this – menstruation is experienced by virtually every woman for approx 40 years of her life regardless of class, caste and ethnic borders. This experience has a major impact on our lives as women for a major part of our lives.

How do we think and feel about it?

There is no right or wrong answer – what I am inviting you to do is look inside with curiosity and without judgment.  This is something you can do whether you are in a woman’s body or a man’s body, because we are all living a story that is made up of thoughts, beliefs even actual experiences and what I have learned is that this is mostly unconscious –that we don’t even usually notice the story – it is like the air we breath – and yet these stories profoundly affect our relationship to ourselves.

I was not prepared; the inherent shame I felt and a wish to conceal and have no one know was immediate – the products (pads, and later tampons) and my visceral response to it. This changed in my 20’s when I started taking the contraceptive pills, partly with hoping to be able to skip periods altogether (a trend that is becoming increasingly popular in western culture). It was an inconvenience and an annoying fact of life that I had to manage and on some level, I readily accepted the popular notion that menstruation was indeed a curse and a messy inconvenience in my life.

Fast forward to 1997 – the year I moved to Auroville – I was 29 years old and encountered the challenges of disposal  and the rude awakening that there was no place to throw it “away”. I was so irritated by the nuisance of disposal that I began to wonder if there was another way. I had heard of, even tried sea sponges in Australia but I found they started to smell after a couple of uses. I was clueless about other options.

In 1999, finding the cloth pad– instinctively I knew this was a breakthrough – at least concerning the disposal issue which was the “presenting problem”. Little did I know that this would be the start of a much larger journey that had one revelation after another in store for me.

Apart from no more waste, the other obvious revelation was that I was saving money. I completely switched to cloth pads, and did not spend another rupee on disposable menstrual products for the next 5 years. The waste and cost savings were all exciting and motivating enough. But something quite unexpected also happened. For in the process of hand washing these pads each month, I had to make contact with my menstrual blood and quickly transitioned from being a bit disgusted by the idea to becoming really curious – where did the innate aversion to my menstrual blood come from I began to wonder? Is it inherent, or was it a cultural story I was unconsciously participating in?

Given there were so many obvious and less obvious (but also powerful) positive by products from switching to cloth pads, I  immediately started to play around with designs and began to produce them for other women in Auroville and gradually even women from other countries wanted to buy them from me – I became an accidental entrepreneur. As this little cloth pad production activity was ticking along – somewhat by the way as I had a busy life doing many projects – this was merely a sideline activity, life brought me the opportunity to take an even deeper look at what was going on around this menstrual experience for women.  I began working with an NGO engaging with rural women offering opportunities for economic and social development and after a few years of facing the threat of the organisation collapsing because of lack of funding, I learned about SE and was immediately on fire. We decided to offer the women SHG members the opportunity to stitch cloth pads and now joined by my co-founder Jessamijn, we dedicated ourselves to building a social enterprise that would market the cloth pads that the rural women produced. This was the birth of Eco Femme as a social enterprise.

Just like with a baby, you hold a seed of potential in your hands and we did not really know or understand the full extent of what we were holding. At first we thought we would produce and market cloth pads to help sustain rural women producers of this eco friendly product, which we imagined could be easily marketed abroad but soon we realized there was much more to what we were doing and how we could use Eco Femme to make a difference.

Firstly as a foreigner (we of course also menstruate) we wondered if there were important differences in how rural women in India relate to the menstrual experience.  So we launched into conducting interviews and focus group discussions with literally hundreds of rural women and made 2 striking discoveries.

The second discovery about the rapid adoption to disposable sanitary napkins just made us concerned – I thought if I was having a hard time dealing with disposal and I was just one person, where was all this sanitary waste going?

We started to dig deeper and each insight generated even more unanswered questions – what are the roots of this basic idea that women are polluted when menstruating? How is it that the concern for pollution which applies to women does not extend to the pollution that is generated from the use of non biodegradable sanitary waste (which can commonly be seen littering road sides and waste dumps)? And what might be the consequences of this lack of basic body literacy and culture of shame and silence? Our team at Eco Femme was hungry to learn more.

Sometimes there are beneficial outcomes for the girl/woman who follows menstrual rituals; for example some women think that observing the ritual of not entering the kitchen during menstruation means she gets the chance to rest rather than cook. Sometimes there are harmful outcomes; for example the belief that a menstrual cloth should be dried somewhere where no one will see it, could result in using a damp and unhygienic cloth that can cause infections to reproductive organs.

All around the world one of the most basic and common outcomes of menstrual taboo is silence; the same ‘power’ that lies beneath menstrual rituals can also create a fear of talking about and acknowledging the process, so that when the topic does come up many women experience shame and discomfort. Over many generations, a culture of silence can be passed down and intensified, creating a lack of explanatory information about menstruation.

Now let me unpack the 2nd strand – how is it that rural women are so rapidly dropping the traditional and environmentally sustainable practice of using cloth for single use and throw disposable pads and what is the consequence of this?

Firstly, women are today exposed to constant advertising messages extolling the virtues of a hassle free period where discretion and convenience are exalted. And we haven’t even begun to talk about whether its really OK that women who are struggling to make ends meet and take care of basic survival can afford to spend minimum Rs. 30/month on DSN. Let alone the question of whether wearing a product that is 90% plastic bleached with dioxins is actually even healthy for women.

If I think that my period is somehow disgusting, then it stands to reason that I would want to hide it and dispose of the evidence as quickly as possible. Think about it – a popular menstrual product is called “whisper” – it clearly suggests that this is not something we want to talk openly and freely about. Instead a veil of secrecy is there. While the appearance of the products positions menstruation as ‘just a biological process’ that women have to learn to ‘manage’ and keep under wraps.

Women are cyclical beings – our menstrual cycle is with us for approx 40 years of our lives and just like the moon, we go through periods of waxing and waning. We understand cycles, if not with our heads, at least with our bodies. 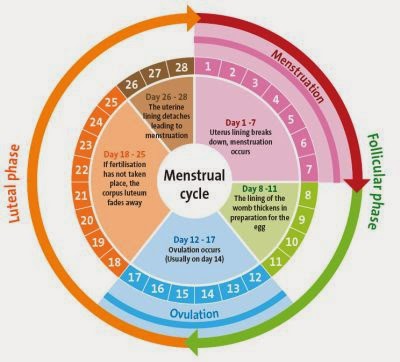 What if this cycle has gifts for us? What if there is an intelligence operating (yes a spiritual intelligence) that is more than just a shedding of useless fluid (or bad blood) because of a failure to conceive? Are we really going through these cycles for so many years, experiencing the ebbs and flows of both intense and dramatic physical and emotional changes for no good reason? What if women’s menstrual cycles offer us a key, hidden in our very own bodies to a radical paradigm shift in how we relate to life? What if the story that there is something wrong and problematic actually not true?

Think about it. The moon cycles, the tides cycle – ebbs and flows, the seasons of the year – not just spring, there is also autumn, and winter – times for regeneration, renewal. We know on some deep level that continuing to live life on Earth in  a perpetual spring may be the ruin of us – resources are finite, we have to respect the earth and her cycles, whether we like it or not. Any woman who menstruates within a few years begins to observe that her menstrual cycle has an effect not just on her body, but her emotions and even her dreams.

It’s time to respect the menstrual cycle as a key dynamic in our personal and cultural evolution. As we learn to trust and respect our cyclical nature, to tune in and listen and accept the truth that we cannot just grow and be “on” all the time. I have come to believe that the dominator model, rooted in a patriarchal mindset of unlimited growth, over riding the innate sensitivity to our bodies and our earth is not only unsustainable but has to be challenged if we are to have a future at all. I believe that reclaiming and honoring the feminine is a key and necessity for this planetary shift and that the menstrual cycle is possibly a profound gift that when listened to, respected, brought out of the shadow and into the light of consciousness, can bring balance back into a world where we can’t keep going forward the way we have till now.

This post is part of Period Of Change, a 5-week campaign organized by The Kachra Project along with Earth&us that aims to mobilize people (both men and women) around menstrual waste as a starting point to lobby for change in current practices in MH waste management.